The breakup of the Soviet Union flung the doors open to the lands of 50 million Muslims. Workers flooded into Soviet Central Asia in the nineties, eager to engage those who had been isolated so long from the Good News.

Their initiative was rewarded.  By the early 2000s, thousands of Central Asian Muslims had become followers of Jesus in an outpouring of the Holy Spirit. One Kazakh pastor remembered, “In those days, we’d get together Saturday evening to pray and prepare Bible studies. The next day, anywhere from three to 20 Muslims would repent from their sins and become saved.  This happened every week – month after month!  We just thought it was normal.” Dreams, healings and miracles occurred regularly.

In other Central Asian countries, China included, the breakthroughs among Muslims were just as real, even if the numbers were less dramatic than in Kazakhstan and Kyrgyzstan.

But leaner times followed.  Persecution, materialism, and disillusionment thinned the ranks by as much as 50% in some countries.  Though all of the major Central Asian Muslim people groups – Uighurs, Uzbeks, Tajiks, Kazakhs, Kyrgyz and Turkmen – experienced breakthroughs, on average less that one half of one percent of the populations are Christ followers.

With the mass exodus of foreign workers, local leaders have been challenged to take initiative and ownership of God’s work in Central Asia.  Growth has been slow and incremental, but encouraging.  Additionally, fledgling initiatives have sprung up to take the Good News to Muslims further afield with remarkable early success.

“No one can come to me unless the Father who sent me draws them; and I will raise them up at the last day.” John 6:44

April 24th marks the beginning of 30 days of prayer and fasting among Muslims. This is their holy month. It is a time to seek God and be with community. During this important religious time, we pray that many Muslims encounter the true God.

Ramadan 2020 will be remarkably different from all others in living memory, possibly in all history. Instead of the typical communal Ramadan experience, many will face this time under some level of quarantine. They will be forced out of their beloved traditions, facing uncertainty and fear. This unrest presents tremendous opportunity for Muslims to look to the source of true peace. We passionately pray they find the Lord of Peace and eternal freedom!

To focus our prayers, we will join with the 30 Days of Prayer for the Muslim World initiative. Since the idea was first envisioned in 1992, believers around the world unite every year to pray for Muslims during the month of Ramadan.

The 10/10 initiative maintains focus on praying for 10% of Muslims to be saved. We also seek to partner with other prayer initiatives. Our open partnership with 30 days of Prayer for the Muslim World is one such example. All our posts during the 30 days of Ramadan are made with permission.

You may order a complete adult or children’s prayer guide through the site above. The guides are an excellent resource for families and communities.

Pray for Signs and Wonders

“and my message and my preaching were not in persuasive words of wisdom, but in demonstration of the Spirit and of power, so that your faith would not rest on the wisdom of men, but on the power of God.” 1 Corinthians 2:4-5

Quote on Miracles Among Muslims

“The reports indicated that, depending on the region, a minimum of 50 percent (in the most extreme and violent Muslim areas) and a maximum of 70 percent of all the new churches planted among Muslims happened in part because of signs and wonders (typically miracles of healing and deliverance) that accelerated and facilitated the process of disciple making….. The clear conclusion for the workers in the field, regardless of their theological backgrounds or assumptions, is that God is moving dramatically and creatively to display His love and glory among Muslim peoples today.”-from the book Miraculous Movements by Jerry Trousdale

“Paul was a Christian field worker in a large village in North India, managing a factory with about a dozen employees. One of Paul’s employees was an Muslim man named “Adam”, and he had a terrible crisis. You see Adam’s first child had died at birth because she had a hole in her heart, and now “Eve”, Adam’s wife, was pregnant with a second child. After the death of the first baby, doctors had advised that Eve would likely continue to have babies with this same defect. The community and their extended family believed the family was cursed. Adam hoped for the best, but about 8 .months into Eve’s second pregnancy, Eve began to bleed again (much like she had done with the other baby who had died) and Adam became desperate. Paul’s habit of discipleship in the workplace and his conspicuous spirituality gave him an opening to offer healing prayer for the unborn baby. Paul came to Adam’s home and specifically prayed that God would heal the baby in Jesus’ name.Miraculously, the baby was born healthy, without a doctor! Adam and Eve were overjoyed and credited the miracle to Jesus. Another miracle happened in that family shortly after that, and Adam and Eve began sharing broadly about what God had done, through Jesus, for their family. Later, Adam inquired of Paul about this Jesus who saved their baby, and Paul invited Adam and his wife to study the word of God and learn more about Jesus and his power to heal!”

Pray for East Asia and Indonesia

220 million Muslims in the six countries of Indonesia, Malaysia, Philippines, Thailand, Singapore and Brunei. 88% of them live in Indonesia – the largest Muslim country in the world.

There are also millions of Christians in SE Asia. According to Joshua Project, about 10 million evangelical followers of Jesus live in Indonesia. What if 10% of Indonesian evangelicals are ‘empowered’ (Acts 1:8) to witness to their Muslim neighbors?

“…that same veil remains unlifted, because only through Christ is it taken away… But when one turns to the Lord, the veil is removed.” (2 Corinthians 3:14, 16 ESV)

Saudi Arabia is the birthplace of Islam and houses the two holiest sites, Mecca and Medina. Yearly, over two million make the Hajj, or pilgrimage, to Mecca.

In recent month radical changes have come across this nation. More lenient laws and greater openness to non-Muslim influence has created new opportunity to see Jesus shared in this nation. May the Lord continue to tear away the veil and reveal himself as the true God to Muslims in Saudi Arabia. May Jesus be praised from the minaret of the Great Mosque of Mecca.

Watch this great Prayercast video as you pray this month for Saudi Arabia.

Pray for the Sahel Region of Africa

For Sudan, ask God for:

“Run, tell that young man, ‘Jerusalem (SUDAN) will be a city (COUNTRY) without walls because of the great number of people (PEOPLE) and animals (PROVIDENCE) in it. 5 And I myself will be a wall of fire (PROTECTION) around it,’ declares the Lord, ‘and I will be its glory (PRESENCE) within.’ Zechariah 2:4-5 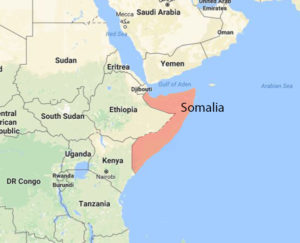 For Ethiopia, ask God for:

For the Sahel region, ask God for: 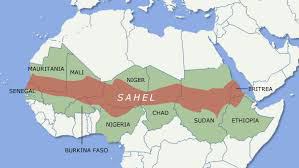 Generally for the Sahel and East Africa, ask God for: